‹Dialogues in Diversity: Art from Marginal to…

In Search of Psi: Contemporary Perspectives on…› 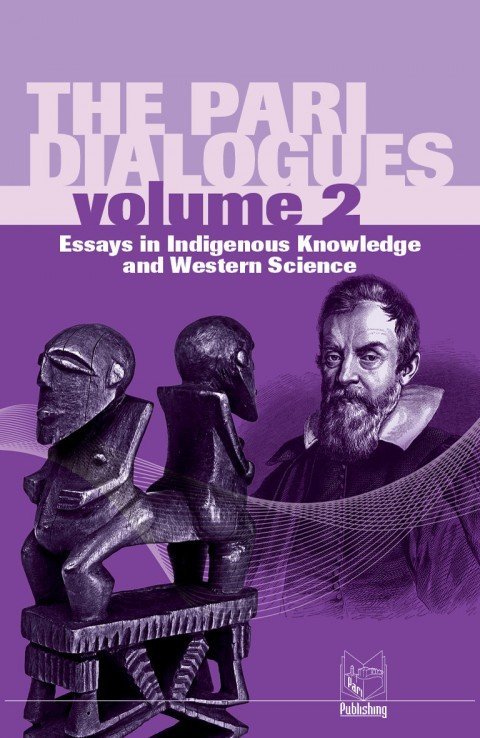 An exploration into the nature of knowledge systems from the perspective of Western Science and a variety of Indigenous traditions.

This volume explores the nature of knowledge systems from the perspective of Western Science, as well as from a variety of Indigenous traditions. In particular it calls into question the extreme position that assumes that Western Science represents the essential truth about the cosmos with Indigenous traditions being dismissed as no more than myths and stories. Preface The preface by the book’s editor, F. David Peat, (Blackfoot Physics: A Journey into the Native American Universe) presents an overview of the content and arguments of the book.

Joy Hendry: On ‘Building Bridges’ between traditional ways and modern science
Hendry is an anthropologist at Oxford Brooks University, UK. She addresses the issue of belittling traditional knowledge systems and the oppression suffered by traditional societies at the hands of colonizers. She also explores the way the notion of progress is linked to that of Western Science, a knowledge system, she points out, that often does not confront the issue of doubt.

Greg Cajete: Native Astronomy: An Indigenous View Dancing the Heavens
Cajete is director of Native American studies at the University of New Mexico. His essay on astronomy, the oldest human science, is written mainly from a Navajo perspective but also includes the views of other Native American groups. He points out the significant discoveries made by Native Astronomers and their view that the stars are their relations.

Henri Bortoft: Goethe and Modern Science
The late Henri Bortoft was a physicist who wrote several books on Goethe’s view of science. His essay begins with an overview of the evolution of modern science beginning at the time of the Greeks. It then deals with Goethe’s critique of science—that it places nature in artificial situations and does not seek to engage in a deep dialogue with the natural world, one that involves ‘active seeing’ and attention to sensuous experience.

Pete Shandin: Salish Language and Scientific Reasoning
Shandin is a member of the Salish community in Montana and a member of the tribally controlled Salish Kootenai College. His essay considers a language as the embodiment of the intellectual wealth of a people, one that carries their identity, value and worldview.

Chris Clarke: Pluralistic Knowing: The Role of Quantum Theory in Inter-Science Collaboration
Clarke was professor of Applied Mathematics at University of Southampton but now works as a freelance, linking science and spirituality. His explores what we are doing to our planet, what Western Science can and cannot achieve, and the roles that can be played by alternative knowledge systems.

Chinara Seidahmatova: Hornness—the Sacred Power of the Ysyk-Köl
Seidahmatova is from the Tup village of Ysyk-Köl on the Russia-China border. She describes the phenomenon of ‘hornness’ and how her grandmother had two 3-4 centimeter long horns in her head that were a sign of wisdom. She also distinguishes between male and female roles in her culture. While the male’s role is to protect his family and develop the warring energy necessary to kill, the woman is to preserve life, give warmth and comfort to her children and build a relationship between the man and her child.

Dani Wadada Nabudere: Metaphysics and the African Way of Being
The late Dani Nabudere was professor at the Islamic University and Marcus Garvey Pan-African Institute in Mbale. He argues that metaphysics, often associated with Aristotle in fact had its origins with the Ubunto people. He also discusses Shamanism and Divination, as well as African cosmologies and ontologies.

Jocelyne Robinson: Storying the Hidden Spark! Indigenous Knowledge and Science
Robinson is an international artist from the Algonquin Timiskamin First Nation. She explores the approach of the late physicist David Bohm and his idea of the ‘holomovement’ or movement of the whole which she relates to the Indigenous worldview that all things are in relation and arise from the whole.

Anab (Bill) Whitehouse: Science, Shari’ah, and Faith: A Sufi’s Search for Symmetry
Whitehouse a Muslim and Sufi and the author of 24. He discusses the importance of measurement in science and the calibration of a scientist’s instruments of observation. In the Sufi approach while the ego or nafs is a constant source of distortion and delusion there are spiritual instruments of observation, such as the mirror of the heart that must be kept clean and free of contaminants if they are to present reality correctly.

Catherine A. Odora Hoppers: Violence, Indigenous Knowledge and Western Scientific Knowledge
Hopper has a Research Chair at the University of South Africa. She emphasises the significant contributions of Indigenous Knowledge Systems. By contrast she sees Western science as constricting creativity and hopes for a return to questioning and for it to become an agent for plurality.

Shantena Augusto Sabbadini: Organic Thinking in Ancient China
Sabbadini is a former theoretical physicist and translator of the I Ching and the Tao Te Ching. He explores the concepts of yin and yang and the five phases of ‘elements’ of wu zing. He also draws analogies between these ideas and Carl Jung’s concept of synchronicity.

Apena Colorado: Scientific Pluralism
Colorado is a member of the Oneida tribe. She obtained her PhD from Brandeis University and in 1989 founded the Worldwide Indigenous Science Network. Her essay explores the history of encounters with Native American knowledge systems, beginning with what she terms the scientific racism of the nineteenth century, through the growth of cultural anthropology and the backlash created by the birth of the American Indian Movement in the 1960s. This has led to the acceptance of a scientific pluralism to develop a healthier relationship between Western and Indigenous science.

Te Ahukaramu Charles Royal: Indigenous Ways of Knowing: Experiences in Aotearoa-New Zealand
Royal is a composer, researcher and Professor of Indigenous Development at the University of Auckland. His explores the revival of traditional Maori knowledge starting in 1980 and points to its notion of its creative potential, rather than that of cultural pride. As with other Indigenous knowledge system there is the central notion of a kinship to all creation and becoming one with the natural world.