‹Read the beginning of the book

Read an excerpt from Chapter 8 – Return to…› 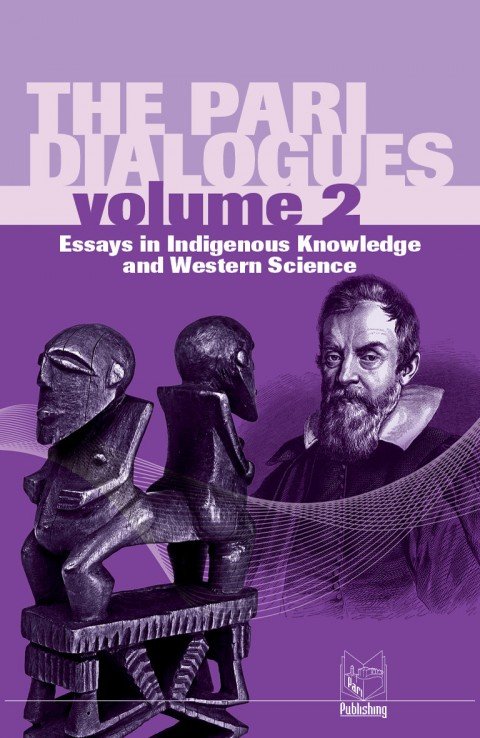 Spotlight on
The Pari Dialogues: Essays in Indigenous Knowledge and Western Science – Volume 2

«It was the physicist Niels Bohr who famously said to Heisenberg, who was attempting to discuss the nature of ‘quantum reality,’ that ‘we are suspended in language in such a way that we cannot say what is up and what is down.’ I feel myself to be in a very similar position as I write this introduction. Even the title of this second volume of The Pari Dialogues gives rise to debate. The term Western Science seems clear enough, but should it be compared and contrasted with ‘Traditional Knowledge Systems,’ ‘Indigenous Knowledge’ or even ‘Indigenous Science’? In each case there are both subtle and profound differences in terminology, particularly when many Indigenous peoples would agree that their knowledge systems are deeply connected to the language they speak, so that any attempt to create a blanket term for the many different approaches to ‘coming to knowing’ is bound to lead to distortions.

Clearly one aim of the book is to promote dialogue and discussion, to discover what we can learn from each other and, in particular, to explore the limitations that may be inherent in one particular knowledge system—that known as Western Science. It is a system whose roots date back to the Greeks, continue through that golden age when Jews, Christians and Arabs studied together in the city of Cordoba, on through the innovations of Descartes, Galileo and Newton, and then the revolutions of the twentieth century. Since that time it has spread out to become a global approach to knowledge, with university science departments located in most countries. And, as Thomas Kuhn pointed out in The Structure of Scientific Revolutions, science students all serve what could perhaps be called an apprenticeship whereby they learn particular ways of thinking and adhere to the current paradigm of science. So Western Science is much more than a collection of ‘facts about the cosmos’ but a particular way of seeing and thinking about the world.

Western Science is certainly one of the great stories of human intellectual achievement and its offshoots are represented by many spectacular advances in technology. On the other hand it also conceals a form of what could perhaps be called unconscious colonialism, as when Western Science is taken as the yardstick by which all other knowledge systems are to be measured. Such an attitude lies behind Carl Sagan’s remark, when referring to the Big Bang, that at last all peoples know the true story of creation.

In her book The Battle for God, Karen Armstrong suggests that our postmodern world has confused the concepts of logos and mythos. The former she defines as rational, pragmatic and scientific thought, while mythos is concerned with what is timeless, primary and connected to the foundations of culture and the deepest levels of the human mind. How simple but distorting it would be to blindly associate the former with Western Science and the latter with Indigenous Knowledge Systems. But while Western science may take pride in its claim to be value-free and culturally independent, it is certainly true that belief played a significant role in the lives and thoughts of many of the scientific giants of history. While a later generation spoke of Newtonian Clockwork, Newton himself believed that God played an active role in maintaining the good order of the universe. Because Faraday believed that God’s imprint could be found in physical law and the unity of nature, he sought to unify the phenomena of magnetism and electricity. Likewise Einstein wrote that ‘to know that what is impenetrable to us really exists, manifesting itself to us as the highest wisdom and the most radiant beauty, which our dull faculties can comprehend only in their most primitive forms—this knowledge, this feeling, is at the center of all true religiousness. In this sense, and in this sense only, I belong to the ranks of devoutly religious men.’ Western science is indeed steeped in its own myths with the search for ‘the God particle,’ ‘the ultimate level,’ ‘the end of Physics,’ and sayings such as ‘God’s book is written in mathematics’ and ‘God is a pure mathematician.’ Further discussion of the links between religion and science can be found in Volume I of The Pari Dialogues.

Over and over again so many scientists have been guided by what they see as the harmony, elegance and wholeness of the physical world. And while it is certainly true that the results of key measurements in the sciences are independent of a particular scientist’s culture or belief system, the questions that Western Science asks and the areas it seeks to investigate are very much determined by cultural needs and dispositions.

Likewise it would be dangerous to gather together Indigenous knowledge systems under the one umbrella of mythos. In many cases knowledge is deeply tied to what could perhaps be termed—using Western language—spiritual beliefs, deep cultural connectedness and a feeling of oneness with the natural world. On the other hand, these knowledge systems also contain important factual statements about the physical world and are important branches of practical knowledge. Greg Cajete’s essay, for example, deals with astronomical knowledge, and Jacques Cartier learned the cure for scurvy from the Native Americans he encountered, who also knew about the pain-relieving properties of willow leaves and bark (salicin, the active ingredient in aspirin). Likewise the Mayans developed a place value system for numerals which required them to invent the number zero. The list of ‘factuals’ associated with Indigenous knowledge systems across the world is certainly impressive.

On the other hand, as has already been pointed out, knowledge is so often associated with the particular language a group speaks and in so many cases these languages face extinction. And when a language dies so too does the knowledge and traditions contained within it. (See for example David Crystal’s Language Death, and Nicholas Ostler’s Foundation for Endangered Languages, www.ogmios.org.) Colonialism has seen the extinction of species, diversion of rivers, decimation of forests and the large-scale removal of populations to other locations. But languages are also part of our living world.
If one is to make a blanket statement about Indigenous knowledge systems it can perhaps be found in that Native American phrase ‘all my relations’; i.e. that ‘coming to knowing’ emerges out of a deep relationship with the natural world. While factual statements are certainly a part of such knowledge systems, they are also about the process of coming into relationship with that knowledge and being given permission to acquire, practice and apply that knowledge.

Relationship was also a point made by Goethe, as shown in Bortoft’s chapter. Goethe saw science as always placing nature in artificial situations and suggested it would be better if we attempted to enter into a dialogue with Nature that may then supply us with ‘the answer worth a thousand.’ Perhaps the most extreme statement has been attributed to Francis Bacon (but there is some controversy about this attribution) that we should ‘put Nature on the rack and torture her secrets out of her to the effecting of all things possible,’ which brings up another point: that much of Western Science is about the ‘male gaze’ at nature. Indeed, in Woman and Nature: The Roaring Inside Her, Susan Griffin compares many of the statements men have made about women, and about nature. Clearly there is some justification in arguing that Western Science is very much about the ‘male gaze’ at nature. After all, of the 188 (1901-2010) recipients of a Nobel Prize in physics only two were women, while at CERN 6.6% of physicists are female. One aspect of the male gaze is the pride that is taken in the quantatative side of science, of reducing phenomena to that which can be measured and recorded. On the other hand, the late Brian Goodwin called for a ‘science of quality.’ And while numbers in Western Science are taken as abstractions, some Indigenous cultures see them as living qualities within a cosmos of animate powers and energies.

For much of the twentieth century the physical sciences seemed to be living in a golden age, with quantum theory, general relativity, chaos theory and the promise of artificial intelligence. But to the present author at least, as well as to others, that golden age has faded. Superstrings did not live up to their promise to provide a ‘theory of everything.’ So maybe it is time for Western Science to pause and ask where it is going. Maybe it is time to engage in a dialogue with other knowledge systems, and question motives, approaches and goals. As Chris Clarke suggests in his essay, maybe what is required is a new pluralistic community of sciences in which each actively learns from the others. And not only a dialogue with the physical sciences, but also the sciences of living systems, of health and healing, and even of the fate of the earth itself.

So let these knowledge systems speak for themselves via the words of their representatives.»