‹Kennedy-Glans identified as one of the 20 most… 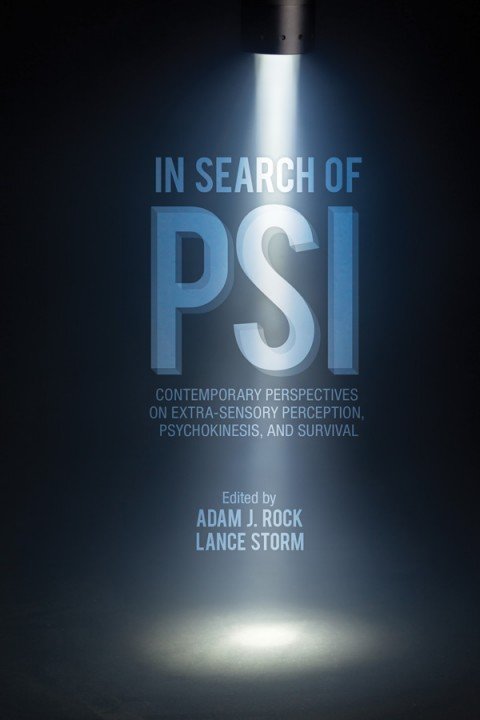 Spotlight on
In Search of Psi: Contemporary Perspectives on Extra-Sensory Perception, Psychokinesis and Survival

Read the beginning of the book

«In March 2011, a professor of botany at Montana State University, having just read Arthur Koestler’s (1972) book The Roots of Coincidence, approached one of us, and asked the question: “Can you tell me, from your perspective of having critically reviewed the literature, is there now incontrovertible statistical evidence for psi?” (emphasis added). When statistical evidence is sought, one is tempted (some might say, compelled) to respond from an evidence-based perspective, but unfortunately that approach can often end up in a ‘he-said/she-said’ exchange that goes nowhere fast. Preferably, to put it briefly and somewhat cautiously, a typical answer should go something like this: There are ongoing disputes over what suffices as statistical evidence in any field of research (such as medicine, or psychology) and, similarly, in parapsychology, many advocates (i.e., believers) are convinced of psi effects purely from the statistical evidence yet, from the very same evidence, skeptics are not so convinced, if at all! It does not seem to matter how much evidence is piled up—believers and skeptics usually maintain their positions. It is unclear just what it would take to convince skeptics that psi exists, but they would wonder what it would take to convince believers that the opposite is true.
Essentially, that was the answer offered to the professor, whose reply was short but sweet—he said he was hoping for a “simple answer”. It seemed to him that, after all these years of parapsychological research, scientists should be able to state that at least some of the results obtained were not due to fraud or poor experimental design. Some researchers do state it, but the truth is there are those skeptics who invariably resort to those and other so-called ‘explanations’ (oftentimes, this attitude masks an agenda, which we will not go into here.)

It is in appreciation of this fundamental polarisation in human beings that we find we must speak to, or better, appeal to a broader issue when arguing the case for psi. On that note, it was implied, in the introduction of a relatively recent article in Psychological Bulletin (i.e., Storm, Tressoldi, & Di Risio, 2010), that many of our twentieth-century discoveries and breakthroughs (e.g., the relative properties of ‘spacetime’, or ‘non-local’ effects posited in quantum mechanics) would have been rejected as ludicrous in bygone days, yet these phenomena are now met with very little resistance. Sometimes, it does not even seem to be the evidence, pure and simple, whatever form it takes, that wins over the majority of scientists—the phenomena are often still considered to be marvels (magic?) to them, and for that reason alone one would have thought there would still be room for considerable doubt; even Nobel Prize winning physicist Niels Bohr said: “Anyone who is not shocked by quantum theory has not understood it” (cited in Barad, 2007, p. 254). In truth, it simply takes some people longer than others to accept new findings. Is it a drawn-out educational process that explains this conversion, or something simpler than that? In the end, it does not matter—we know the day will come when we will all have to accept seemingly impossible facts about our universe, and the social conventions and prejudices that undermine these newfound facts will simply have to yield.

Taking all this on board, representatives of parapsychology must depend on more than statistics and evidence to argue their case. They must consider their audience; they have to win their hearts as well as their minds. Most parapsychologists know this and agree, but it is almost as if they often forget it for, to reiterate an aforementioned point, they seem to rely heavily, or even exclusively on statistics as evidence when pressed on the topic. Once again, we understand that course of action is the way of the scientist, and we are sympathetic to it, but mountains of evidence can even end up alienating some people—the very thing the scientist might wish to avoid. One explanation for the cause of this alienation, apart from intimidation, is that evidence makes people think, or even think twice, and we know that over-selling can ‘queer the deal’, to use the vernacular.

In the final analysis, it seems we all have a need to maintain a certain distance from things we do not understand, perhaps out of doubt, or even fear, or both, but (perhaps viewed somewhat more favourably) there is also an inherent mystery behind those phenomena we label ‘unexplained’, and it is that mystery which acts as a spur to the more adventurous, the more curious among us. Those people know better than anyone what it means to have their hearts and minds won over. This book, In Search Of Psi, is a call to the adventurous and the curious who are in search of more than raw data, proofs, and statistical evidence, so we leave that material for other authors, and other books, for there is a spate of books out there full of evidence meant to convince, and we do not wish to add to it. In Search Of Psi is different. It is a specially prepared compilation of previously published articles that appeared in the Australian Journal of Parapsychology from 2001 to 2011 by a diverse group of authors, researchers, experimenters, and theorists. In Search Of Psi offers up solutions and innovations, ideas and speculation, and these are the things that stimulate and motivate individuals to entertain the impossible or, just simply, to think for themselves. Our aim is to encourage readers to weigh up the material presented in these pages—we do not wish to win anyone over, or challenge people’s doubts and beliefs, or preach to the converted.